What the hell happened here? Was J D Robb/Nora Roberts replaced by a podperson? Her characters in this book sure were. I didn't recognize these people.

If this hadn't been an Eve Dallas book it would have been a 2.5-3 star book. A week after I read it I couldn't recall what was about. It wasn't a bad book BUT it wasn't a book that readers expect from Robb.

The snap of the dialogue, the camaraderie between Eve and her fellow officers, the chemistry between Eve and Roarke- all MIA. Actually Roarke was just MIA, must've been a droid replacing him.

Just pass this one by and hope that Robb decides to take this series in hand and make it the success it used to be.

Review- The Widow and the Will What can I say about this book? Not a lot. It is a competently crafted book that didn't do a thing for me. Two brothers, two sisters, and some obvious villains. It wasn't a hardship to read it to the end but it didn't inspire me to pick up another of Thomas-Like's books. For me there wasn't a lot of suspense, physical chemistry, or sparkling dialogue. The widow was a bit too weepy for my taste and everyone was rather- tepid, even the bad guys. This book will work very well for a certain group of readers that doesn't include me. 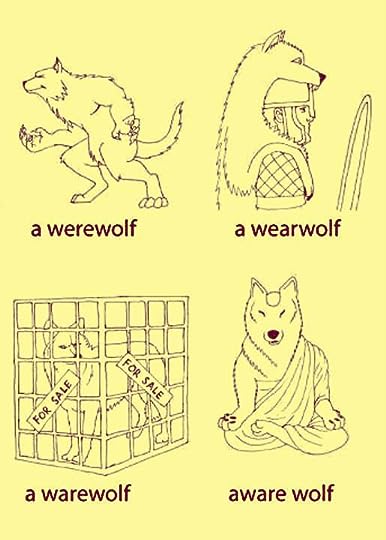 Wandering around Amazon I found this 35 page novelette, with this line as the first line of the description, "I am often left to wonder why a zombie, walking around in the sun, smells better than a pooping dinosaur."  I just know this is a book for someone I know. At $0.99 it's got to be irresistible. Must be a proud moment for Vox

I dropped by President Trump's Gay Hairpiece and the Revenge of the Were-Water Buffalo on Amazon and found this:

Donald and Chuck side by side. It's gotta bring a tear of joy to Vox Day's eye.

Please go to the link provided because after 10 failed attempts at posting the blog here I quit. My friend has published a lovely book of photographs of Detroit and I just wish BL was working properly so I could repost his photographs here. They allow just one image it seems so here is Silent Player.

Another dawn greets this forever-silent piano in the Sam Leon Bar in the ghost town Bodie, California. It’s been a while since I read this so I went back to my notes and finally had to stop. The book just wasn’t worth all that much time and effort. Flea Market Fatal is the first in a series which just astonishes me because Missy DeMeanor is one of the most annoying characters I’ve ever read.

I almost stopped reading this book more than once because of the flaky, illogical behavior of either Missy or the supposed hero, Tyler Brock, or both. First of all Missy can’t decide if she is curvy or overweight so she has to mention her size every page or two. And when she isn’t doing that she is talking about every other characters size and usually comparing it to her own. It got old fast. Like by the end of chapter two. Then she also flip flops around emotionally faster than a crack addled mongoose (thank you, MJD). Maybe it’s no wonder that her mother just doesn’t tell her too much. ““To the woman who never tells me anything important.” Noreen looked at her sideways. “Out of love, Miss. Out of love.””

Missy is a shining 20 watt bulb in a 100 watt world at times, when Tyler questions her after looking at the dead man, “Missy couldn’t believe he was really asking her these questions. She looked into those blue eyes she had once found so gorgeous but now found so cold. She was amazed this was the same man she’d dated almost twenty years ago. He was a totally different person.” I’m not certain what is dumber, her not believing he would question her presence at the scene or her amazement that he had changed in twenty years. Just because Missy acts like a 15 yr old at times doesn’t mean everyone else should be as emotionally immature.

Of course she shouldn’t feel so alone because the EMT who shows up at the scene keeps trying to get Missy to go on a date with him while waiting to take the body away. He’s a definite winner.

The hero, Tyler Brock, has returned home to work on a small town police force and is not the most professional cop on the block. He seems to switch from professional to somewhat flirty personal at the drop of a doughnut, ““Was there anything else you wanted to ask me?” she said. He was still smiling. “A lot, actually. But none of it would be appropriate right now.””, and doesn’t seem to have a problem detaining someone overnight on the strength of a 20 yr old feud and no solid evidence. “Tyler nodded.

“I didn’t want it to come to this, but you gave me no choice.”” He says this to Missy as he takes her mother into custody. Um, since her mother was the one trying not to tell him anything why was it Missy’s fault?

Going back and rereading my notes I realize how negative this book is and how, well, dumb. “If the police think you did or they think they can close the case by pinning it on you, they will. Cops don’t like open murders on their books, especially in a small town like this.” And since Missy and Tyler dated in high school, “And the more she thought about it, the more Tyler had to suspect her. If he didn’t think of her as prime suspect, people would say it was because of their prior history. His credibility as a police officer would be shot. He almost had to come after her to stay above reproach.” No, if he is that close then he needs to hand over the case to someone else. I think the author really needed to do a little more research on police procedure.

Continuing with the negative mood of the book, “Once upon a time it had been a typical store with all the new releases and bestsellers but about a decade ago, it had shifted models and become a used bookstore. All the volumes were dusty, the pages yellowed, and most of the spines of the paperbacks were cracked.” It’s a wonder this shop is still in business. I frequent used bookstores and they are dust free with a large inventory of solid spined, white paged books. Yes, there are older books whose pages are ivory with age but even those are dust free.

There were some hiccoughs in the writing such as, “Without even realizing it at first, Missy put a hand on my belly. It was hanging over my jeans a little bit too much.” and “Her russet fur breezed as she raced to meet Missy.”, but these didn’t bother me as much as the annoying characters, their illogical behavior, and unrealistic actions.

If you want a cosy that bears any resemblance to normal this is not the book for you.

review that s my nerve you re standing on What happens when Donald Trump is elected president? Aside from the inevitable Trumping of America, the president gets himself abducted by a were-water buffalo bent on revenge for the deaths of his were-brothers thanks to Trump’s insatiable appetite for wigs. Trump enlists the aid of action movie star—and reluctant object of the president’s desire—Dwayne "The Rock" Johnson. Trump's gay hairpiece Maurice just wants to go back to the way things were, when he was the one feeding the oblivious billionaire president his best ideas. But nothing can ever be the same after this fateful night of hardcore humping.

Warning: This is a work of satire that is rude and irreverent. It also has a lot of butt stuff. If you are sensitive (like the author), you are likely to be grossed out by how turned on you get by how offended you are.- Description on Amazon

And then Debray added in Dwayne Johnson. NO. NO. NO. Just leave Dwayne alone, the poor guy is starring in the Baywatch movie. This was just cruel.

At the end of the far too long 55 pages we leave (with a big sigh of relief) the Donald dancing naked on tables in what used to be the White House but was now the Trump House and Casino because he's the president. A few months ago I started a discussion for those of us in need of a new recipe or several. Booklikers cannot live on the printed word alone, sometimes we need bacon or chocolate or a casserole we can throw in the slow cooker and forget about while reading.

You can find the group here.

Now go back and read it from bottom to top.